The most popular thing since sliced bread, Portable Pop-Up Escape Room Games. Since these are my bread and butter, and I’m beginning to actually sell them, I should describe what I mean by Mini Escape Games!

The new cool thing in the escape room game industry is being able to bring your product to your market, instead of having your market come to you. Why? 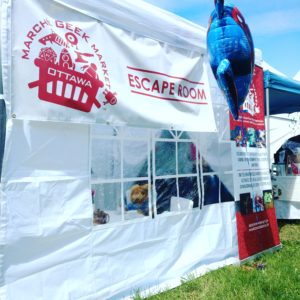 The latest cool festival – be it the Craft Beer Festival, the Comic Con, the local craft fair, or even a Wedding show – is always looking for something cool to draw in more patrons. And you, as an entrepreneurial escape room facility owner, are always looking for new customers. What better opportunity than setting up a smaller version of one of your games, a Mini Escape Game if you will, and showing it off to a wider audience than those Facebook ads you’ve spent hours agonizing over language. At least, it’s a wider audience that is in front of you and captivated.

By using a portable, pop-up game at a local event, you are drawing attention to yourself (and your business) with an activity. Handing out flyers gets boring, and they all end up in the garbage anyways. With a game, you draw in players and watchers – and the watchers tend to become players afterward.

Advertising your facility with a game is a sure-fire way to draw in crowds, and interest them enough to check out your website at a minimum – even better is when they book a game at your escape room facility. 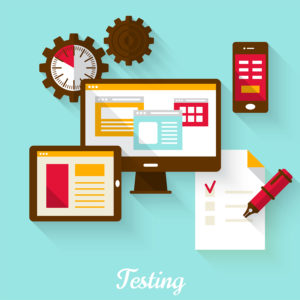 Using a small version of an escape room game can be a great opportunity to test out the puzzles inside. This could be a chance to test the timing, or even whether the puzzle is good for groups or not. With a mini-game, you are often closer to the players than you are at your facility so you are better able to observe their actions – and their thought processes as they work through a problem. 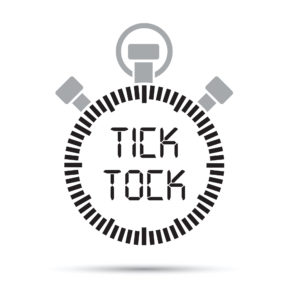 And by that I mean, quick attention draw. Potential customers are likely to participate if the time buy-in is small. What I mean is that a family walking past your booth is more likely to play your game if it is 5-15 minutes, rather than if it is 45 minutes. They’re here to play games and get free food (or toys – or buy art – or whatever the theme of the event) not sit and wait for their scheduled turn and then be trapped inside a tent for 45 minutes. They want quick excitement so they can carry on to the rest of the event and they probably don’t want to come back later to do it. Think about where you are when you plan on bringing a game.

Using a short game allows your facility to pull in potential customers and show them an escape room game. You can do this without them devoting too much time – see above. They get into the mini game space where they spend precious seconds figuring out what the heck they’ve gotten themselves into. Then they begin solving things, a box gets opened, a cheer rises up – and you’ve got them hooked. Next thing they know, their time is up and they’re asking what kind of games you have at your facility so they can play a longer one!

So Why Not Have a Portable Pop-Up Escape Room Game?!

These are only a few elements of a portable pop-up mini escape game that make them so popular. If you run an escape room game facility, you should definitely consider adding one of these to your roster.

And of course, I design (and operate so you can have confidence in my skills) mini escape games! I’ve got several designs on hand, but love to create custom games for clients.
How about an Alice in Wonderland game where players have to find the Escape bottle to avoid the Red Queen?
Or Spaceship Lost, where players must release the escape hatch before the oxygen runs out!
Send me a message if you’re interested in working together!
Let’s work together to get your escape room game facility out in front of potential customers!