The Future of Escape Rooms?

You put on a blindfold, get escorted into a room, then remove them. After a few seconds of taking in the situation, you start to question: how do I escape this place? Your group starts to look around for clues and once they start piling in, you guys start wondering how to solve this mystery. This is an escape room adventure in a nutshell. 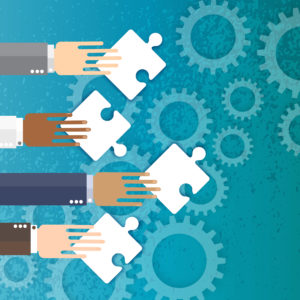 Over the past couple of years, we have seen a great rise in the amount of escape rooms in a lot of countries around the world. There are all different kinds of themes on escape rooms you can do, for instance: one escape room makes it so you are trapped inside a room with a hungry zombie whilst another room makes you end a person’s coma by unlocking secrets from their mind.

Escape rooms attempt to imitate those point and click adventure games, however, when it becomes multiplayer and in real life – the game changes drastically into a heavily teamwork-reliant game (and a great social experience). People have realized how fun an escape room adventure can be and not to mention: they are a reasonable cost for a great experience (around $20-30 per player).

People have started to realize this and hence, they are becoming more and more common. Perhaps in the future, once escape rooms become more mainstream, there will be money involved in it with winning teams taking the jackpot.

This has already happened with the Orlando Escape room competition where the top 4 teams who solve the puzzles the quickest will win hundreds of dollars. It’s a small sum, but that just shows the money is coming. Some places have also made a system where the winners will be given free passes to the next event – a great way to gain popularity for their escape room without expending too much.

Furthermore, if money is involved, perhaps we will start to see escape rooms become a sport or game that’ll be streamed to people across the world (just like the growth of eSports recently). Watching high-level players try to solve puzzles in the real world would definitely be fun to watch.

The fact that there are so many different variations that are possible with an escape room adventure make it so exciting. Imagine all the different kinds of backstories to give to the game. Or rather, imagine making the game just not purely about solving puzzles, but adding in different mechanics to the game such as giving each of the players their own unique character with different motives. This can create conflict between players and the focus shifts from solving puzzles to solving the conflict.

Of course, that might not sound fun to those who love their friends and don’t ever want that conflict, but it’s just an example as there are many variations possible. Imagine adding a mechanic where it’s possible to escape the room without everyone: true friends will stick with their buddies. Or would they…

Every person for themselves!