Don’t you just love teamwork? When grown men and women come together and plan stuff like a Little Pony tea party. You can only expect magic and that’s what escape room games are all about. Every escape room game instills in you the importance of working with people you like and even with those you don’t like. For a moment you forget that Lana steals your sandwiches from the office fridge every week and totally not leave her behind when you escape the room. The whole reason is that for a team to work it has to have players that each brings a different skillset. An escape room game brings all sorts together and you can be sure in every game you participate in that you will find a variety of different escape room players. 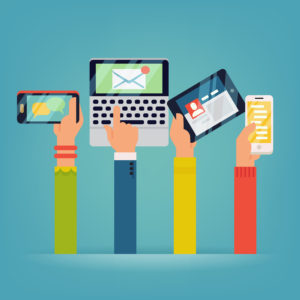 The App Player has the mentality that because they made it out of the vault in that one escape room app they know how to win in a Live action game. They played a scene similar to this one in Room Escape and he caught a glimpse of the next room that was inspired by The Room so he’s got this. Unfortunately not everything online translates to real life success. For example, all those hours spent playing online cultivating your inner gamer does nothing for your cardio so get ready to see them huffing and puffing when you have to run down a flight of stairs. As for the puzzles, point and click games are not the same as actually picking something up and moving it around. It’s an entirely different thing to have four people counting on you while a fifth is pulling on a chain trying to break free. In spite their annoyance if you somehow don’t kill the App Player after the first few games they just might transform into a real asset for the team.

Escape Room Players – The “They Needed A Fifth” 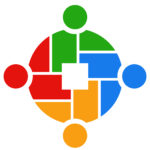 The Fifth guy is there simply to fill in the numbers. The fifth wheel to a party of four, the group found out that they needed at least 5 people to succeed in the game so they made a call or put out a Facebook blast. So here they are. The Fifth guy was asked to join so here they are. The Fifth a lot of times is the one guy who has no friends and is just grateful for the opportunity to be around people, after all, the only time they get noticed is when the list of who needs to be retrenched comes up at work. Most times they will have that spaced out look of a noob but nobody really cares because they already planned to work around them and do the heavy lifting. They’re not standard escape room players but there will be a lot of them.

The Clock Watcher is so easy to spot. From the moment the game starts they are watching the timer. Your watchman will courteously yell that there are 55 minutes left in the game disrupting any train of thoughts you had. A lot of times the Clock Watcher is your experienced app player who has leveled up and has seen it’s not the same. In an attempt to remain relevant they start counting every single second that happens like the lead poisoned child of Father Time and a megaphone. This incessant clock watching means a lot of times they aren’t focusing on other aspects of the challenge so get ready to shut them up and focus on the work. 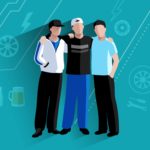 The Frat Bro is in this for the love of the game. The escape room is just an opportunity to hang out with friends and have a post-game drink. You know the Frat Bro because they ask the important questions before the game starts such as where the nearest bar is, the number for the local cab company and whether he can bring his own beer. Make no mistake he will be the life of the party win or lose. Unfortunately, too much liquor and their young age means they’ll get confused and once stuck ponder on whether ghosts can have children and if there are little baby ghosts floating around the world. Do not leave them by themselves.

To be fair, this list is intended as a joke. These people may be found in many escape room games, but they’re by no means a standard for the games. This is a silly way of talking about different types of personalities of escape room players.

I’ll be posting another list tomorrow of a more realistic group of escape room players, people that you have probably played with the last time you were in a game.